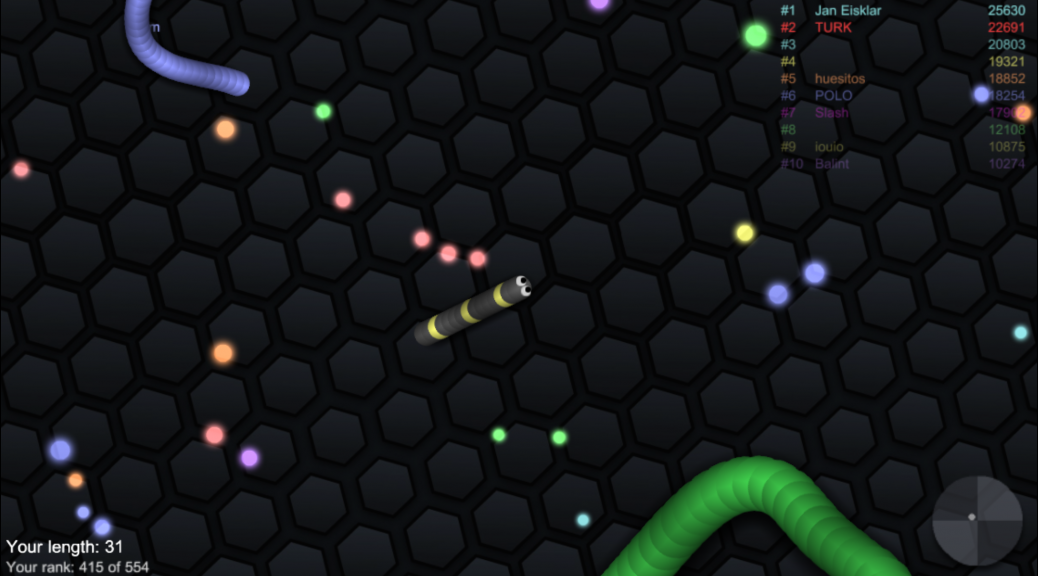 Apple’s app review process has been the bane of developers lives for almost eight years now. Stories abounded of apparently arbitrary rejections and interminable waits for the fruity deity to bestow its blessings. But one thing we could all agree on was that it did help to keep an immense amount of rubbish out of the App Store.

In recent months, though, something weird has been happening. The app review process went from a fairly consistent 4-6 days down to a previously unimaginable one day. As an app developer myself, this was hugely welcome but, as an iOS user, I have to worry that the quality of the process has taken a similar dive.

If you’re an iOS gamer you can’t have failed to notice Slither.io. A kind of agar.io meets Nokia Snake, it’s been a top ten game on the platform (and also Android) for the last month or so. It’s a simple, multiplayer game that’s really caught the public imagination and, inevitably, created a cottage industry of cloners (not that there’s anything wrong with being “inspired” by a popular game like Candy Crush, ahem!)

What’s really stood out for me though is the number of slithery rip-off merchants who have literally nicked the game wholesale from its original publisher. Slither.io is playable on its homepage as an HTML 5/WebGL game and what these quick buck merchants have apparently done is to just wrap the site in a WKWebView, add their own adverts and upload it to the store. They have no shame in pilfering the original game’s name and passing their version off as a new “Edition” or “Unlocked version”

The most egregious copy is “Slither.io Edition”, a ripoff so appallingly lame that it opens up with a page saying “The ‘developer’ of this app stole it”. (Presumably the real developer of Slither.io has found a way to block it from scraping his website). That’s all it does. There’s no way past that message, no gameplay, nothing. The user reviews in iTunes are all one star and all complaining that it doesn’t work.

Contacting Apple about their app review

I emailed Apple to point out that this app is a flat-out copyright violation and utterly non-functional. Their reply was basically that it was up to the app developer to fix bugs and not their problem.

Thanks for contacting us. I understand that the “Slither.io Edition” is not working properly. I know the importance in being able to enjoy the purchases with good and expected quality. I will be working you to address this issue.

After reviewing your case I have found that the article for troubleshooting apps, see this article:

I would really want to answer your query directly about what you experienced but please know that the iTunes Store handles the billing aspect for app. App accessibility and functionality are handled by the app developer. Please contact the app’s developer directly from the following web link:

Yep, the “developer” has put the homepage of Medium (a blogging site) as the support page for his app and no-one at Apple seems to have bothered checking whether this is appropriate or not.

OK, so it’s a free app and I basically only installed it to see how bad it really was but this seems to be indicative of a shift in Apple’s position regarding reviews. I’ve had apps rejected before now for apparently trivial breaches of policy (mentioning Apple in the app description, for example) and they’ve also picked up genuine bugs in apps that had slipped through my own pre-release checks. This suggested that a real, competent human being over at 1 Infinite Loop had actually loaded up the app and had a good look over it. If stuff like “Slither.io Edition” which is completely non-functional can get approved it suggests that the competent human being has left and been replaced with Homer Simpson’s nodding bird pecking at the keyboard.

The apparently lax new approach to app reviews is just the latest usability problem to affect the App Store. Search and discovery have always been an issue as the number of apps available has grown exponentially; blatant keyword stuffing in app titles, which used to be banned, now seems widely accepted as the only way to get your app to show up in front of potential customers. 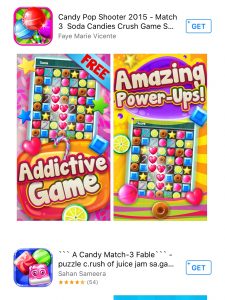 The App Store app itself has become increasingly ungainly in recent years. For example, why does the seldom used “Wishlist” get such a prominent place top right and why does it look like it’s a hamburger menu button? Why can you not see any part of the app description in search results? Why do landscape format screenshots show when the phone is in portrait orientation and vice versa?

Dave Verwer at iOS Dev Weekly has wondered in his latest newsletter whether the shortening app review times are indicative of a big overhaul of the App Store coming soon. He’s quite right in pointing out that consistency is really critical to the whole process but personally I’m hoping that Phil Schiller and Jonny Ive will be unveiling a completely reimagined App Store experience. Apple used to be about innovation, style and  quality. At the moment the App Store doesn’t seem to represent any of those qualities.

UPDATE 15/5/2016 : Overnight “Slither.io Edition” has morphed into “Wings.io Edition” and now wraps a different web-based game. That’s right, it’s literally a completely different game and Apple have waved it through as an updated version of the same app. I’ve had it confirmed from the real developer of wings.io that this and the other three wings.io apps I found are not official.

Web, IT and Management Consultant

You're free to use any code or information you find on these pages but if you'd like to show your appreciation financially then please use the Paypal link below.
This website uses cookies to improve your experience. Accept

This website uses cookies to improve your experience while you navigate through the website. Out of these, the cookies that are categorized as necessary are stored on your browser as they are essential for the working of basic functionalities of the website. We also use third-party cookies that help us analyze and understand how you use this website. These cookies will be stored in your browser only with your consent. You also have the option to opt-out of these cookies. But opting out of some of these cookies may affect your browsing experience.
Necessary Always Enabled

Any cookies that may not be particularly necessary for the website to function and is used specifically to collect user personal data via analytics, ads, other embedded contents are termed as non-necessary cookies. It is mandatory to procure user consent prior to running these cookies on your website.